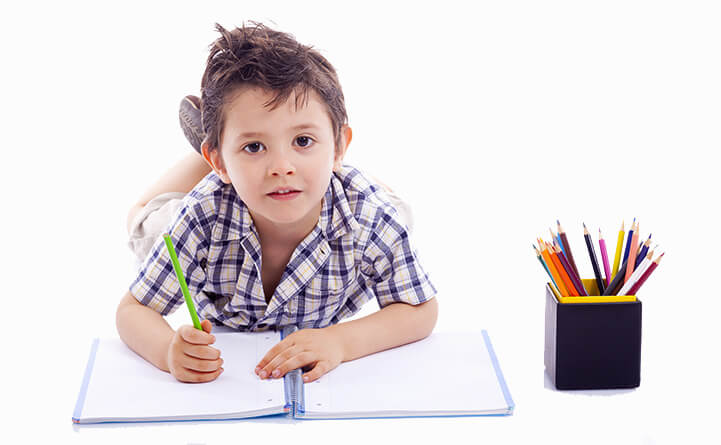 The city also includes 20,000 children age five and under. Currently, 44% live at or below 185% of the Federal Poverty Level (FPL); more than half of these children (4,554) live below the 100% FPL, with family incomes that qualify for Medicaid and the Free and Reduced-Price Meals program. In addition, 6,214 Aurora children under five live in households isolated by language.

Studies show that children who enter kindergarten without early social, math and literacy skills will likely remain behind their peers throughout their education. They are also at a high risk of not completing high school.

Children are typically least prepared for school if their parents are young or single, have a low income or education level, and speak limited English. As many as half of all children under five in Aurora face one or more of these risk factors with their parents.

Aurora is one of Illinois’ most underserved communities for early learning services. It has only 49 slots of publicly funded preschool for every 100 three- and four-year-olds at high risk of not being ready for kindergarten. 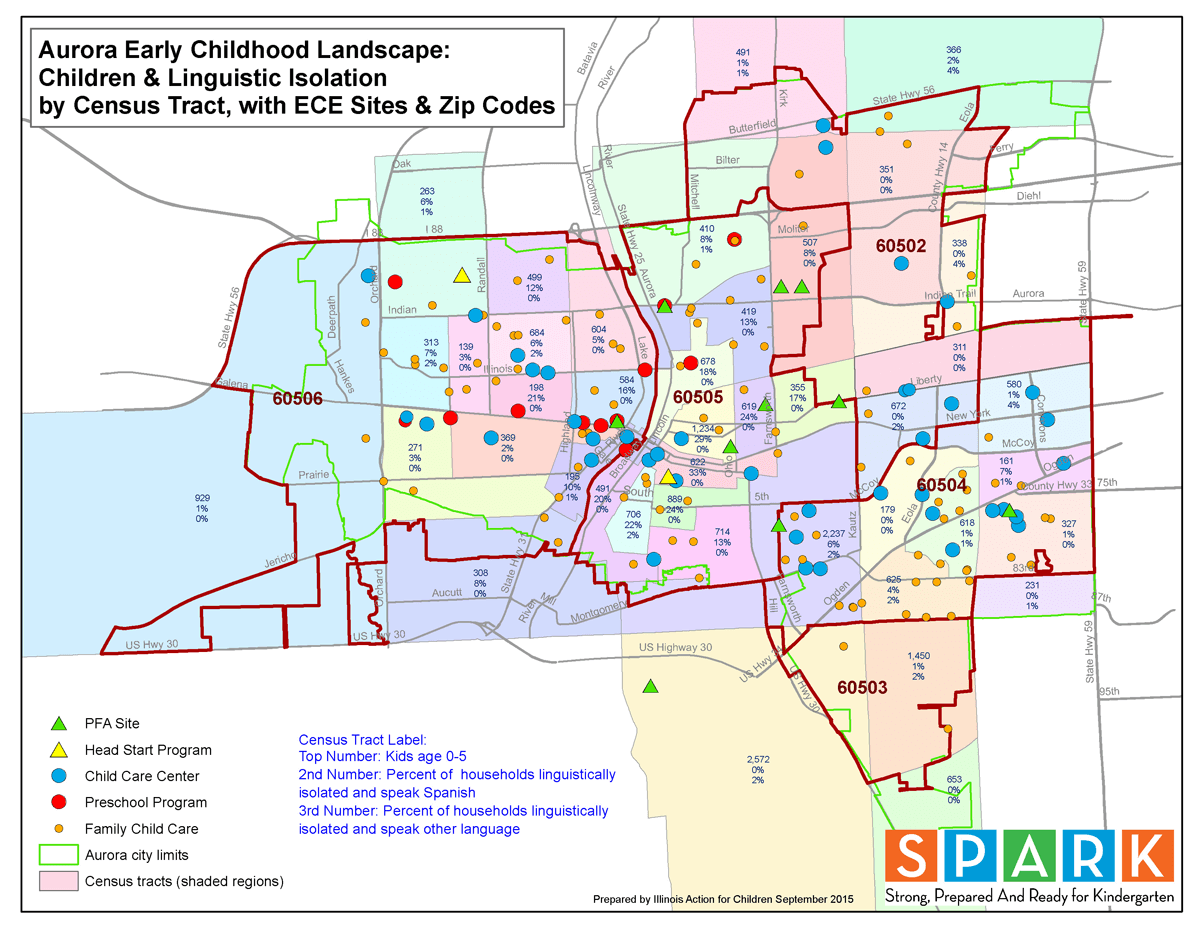 Click on the map to find out more about the different levels of poverty, early childhood education sites and children by school districts and census tracts.

Click on the map to find out more about the different levels of poverty, early childhood education sites and children by school districts and census tracts.

The most important period of life is not the age of university studies, but the first one, the period from birth to the age of six.

– Maria Montessori, Founder of the Montessori method of education

If you’re going to equalize the academic playing field, you’ve got to get the kids in early childhood programs.

There are only 2,000 days between the time a baby is born and when that child shows up for the first day of kindergarten. When we invest in children’s earliest years, we get a lifetime of results for our children, our community, our state and our economy.

Young people who were in preschool programs are more likely to graduate from high school, own homes and have longer marriages.